This is another in our series of how learning Latin American Spanish will expand your world.

This article is penned by Sharon, a colleague of mine and a contributing author here, who wanted to share some of her experiences travelling in Latin America.

You’re abroad. You’re probably overwhelmed at all the new faces, sights and smells. But most of all, it’s the voices around you that get you. Clipping along at light speed, they exclude you with their unfamiliar syllables and sounds. They force you to express yourself in mime, your crude gestures making you a spectacle, making you other. What if I told you that you held the key to unlocking this alien environment, to making it home, even if for only a few days or weeks?

When I was in Costa Rica for a vacation, I discovered that knowing some Spanish was a powerful tool to have at my disposal. Unsmiling, indifferent faces would burst open into wide grins the instant I uttered a “Buenos dias, señor”. I received compliments, free food, better service and navigated the country with ease. But the most rewarding part of my experience was the in-depth conversations I had with the Ticos themselves.

Let me give you some examples:

The encounters I had with the people of Costa Rica imbued the spectacular tropics around me with another level of magic.

When you come into a country without speaking its tongue, so much of it remains closed off to you. You may enjoy some much-needed relaxation amidst beautiful surroundings, but the setting itself will be little more than a scenic backdrop without much substance.

There’s More To A Trip Than Just Scenery

This is especially true in countries like Costa Rica. Though there is an overwhelming influx of tourists from up North, the divide between them and the locals remains significant because of linguistic differences. As a result, there is far less intercultural exchange than there should be. Tourists and locals alike walk away from each other none the richer for it and none the wiser. As far as I’m concerned, this is a waste of time and money for any smart traveller. Why bother going all the way to a different land if you aren’t going to experience its soul through its people? 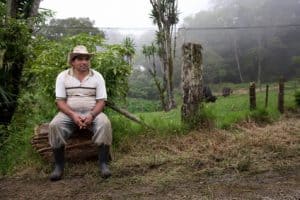 Why not go to Florida?

Also, your ability or willingness to speak the language makes you a fantastic cultural ambassador for your own country. In Costa Rica’s case, many locals find employment in the tourism industry and must treat foreigners hospitably, but beneath the superficial service-with-a-smile interactions, many have an attitude of resentment towards outsiders who end up on their shores. This resentment is due to a disheartening percentage of travellers who have little interest in getting to know the country, often treating its inhabitants as mere service providers for their needs. I had a disgruntled cabbie complain to me that he’d spent the day picking up customers who thought just speaking English slower was an effective way of communicating with him.

In my experience, opening a conversation in Spanish is one of the surest ways to ensure that they don’t lump you in with the unappreciative masses. You won’t just be coming into the country, taking what you can and then leaving. Even in touristy Costa Rica, many locals have never had meaningful conversations with foreigners. Just providing them with that much is a simple, but profound way of giving back to the country at no extra cost.

You don’t have to be completely fluent before starting on this new way of navigating the world. Just having an open mind and an eagerness to learn from those around you will do much to win people over. It had been years since my last Spanish class, but my genuine attempts to communicate and readiness to ask questions were more than enough. Just carry a dictionary, laugh at your own mistakes and stay curious about people and places. Your intent will be clear enough to everyone you come across.

This is especially true in Latin America, where it is the cultural norm to be accepting and welcoming. They’ll see your Spanish, no matter how clumsy, as a rare acknowledgment and respect for their humanity. And you’ll be overwhelmed by the kindness you’ll receive in return for such a small gesture. You’ll receive smiles aplenty, better service and a host of little favors on the side. But best of all, you might gain yourself a loyal new friend or two. So go ahead and go out on a limb. It’s the definition of building yourself a home away from home.