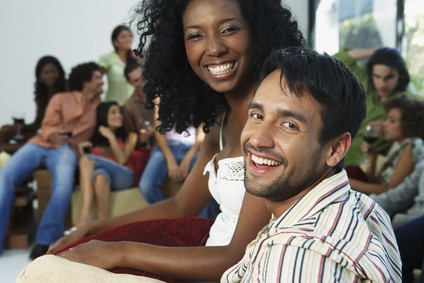 Have you thought of living in Latin America but are intimidated by it? Maybe if you’re bracing yourself for a rough landing in Latin America, you won’t be far off the mark. You’ll know you’re no longer in Kansas the moment you disembark in this beautiful, colorful part of the world and you might be tempted to end your journey before it even starts. But if you play your cards right, you will quickly convert your trauma into the best kind of learning experience.

To ease your transition, we’ve decided to prepare you in advance with a few things about Latin American culture that could provide the biggest shocks to your system.
Both Angela, a co-author here, and myself can lean on our personal experiences for this article, enjoy……..

We’ve said this before and we’ll say it again: personal space is just not a thing here. People will stand very close to you in bars, restaurants, streets and any other kind of public venue. And if you so happen to be introduced, prepare to be further imposed upon. For Latin Americans are all about their abrazos y besos and will lean in for a generous smooch even upon first meeting. This will happen even at the work place, which will be quite the jarring adjustment to make for the average European or North American. We say just accept the inevitable and dish out as much love as you get.

It’s not just physical proximity you’ll have to contend with while living in Latin America. Family and friends are everything in Latin American culture, so prepare to share everything from dormitory space to dirty little secrets. Latin Americans tend to have a collectivist mentality, so community is prized far above the individual. You’ll be treated as family by complete strangers and be expected to respond in kind. Insist on your privacy too much and you’ll forever be seen as that unpleasant outsider with a heart of flint.

Latin America is overwhelmingly Christian, the majority being Catholics, and as you’d expect in any staunchly religious community, there is a lot that is frowned upon in this part of the world. In some regions, if you strut out of your casita in your Daisy Dukes, you might turn the neighborhood brigade of grandmothers and aunties against you. As more and more of the region are starting to use social media, the locals are accepting the inevitable “progress” however, so not too much surprises them anymore.

While affection is generally encouraged, never take that to mean that you may indulge in lewd conduct in public.

What counts as lewd conduct? Excessive PDA (personal demonstrations of affection), for one. That’s why in many areas, particularly rural ones, boys and girls rarely mingle much during their formative years. And if you’re homosexual, don’t even think about displaying it in public – it may be tolerated in some areas of a few cities but generally you’ll have to save it for the gay clubs. Gradually, public acceptance is changing but for now, be careful.

What we see as some of our basic human rights aren’t even a consideration here. Aside from gay rights, even contraception is frowned upon by many, and abortions in several countries are illegal, so please prepare in advance for your safe sex needs.

More lewd conduct? I know we don’t tolerate it on our streets in North America or Europe either, but public nudity is very likely to land you in jail in Latin America, and we’re not talking about being locked up for just an hour or two here.

Most countries accept topless sunbathing on the beaches but again, try and make sure it’s OK. Generally, in tourist areas it is fairly common, even in Cuba. Despite fairly liberal attitudes as regards to sex itself, you will rarely, if ever, see a local Latina topless on the beach.

As regards dating and sex, see this article.

Lest you think of Latin America as a humorless dictatorship, we should introduce you to its more… laissez-faire side. Get used to the fact that remarks on your appearance will be frequent and unsparing, no matter how rude your nan said it was. You could be dubbed El Chino/ La China (if you’re Asian), Moreno/Morena (literally “brown” as regards to skin colour) or El Gordo/La Gorda (“fat”, if you’re on the curvy side).

Basically, your most distinguishing characteristic will be converted into your new nickname, whether you like it or not.

If you’re a woman, also keep in mind that machismo is alive and well in these climes. 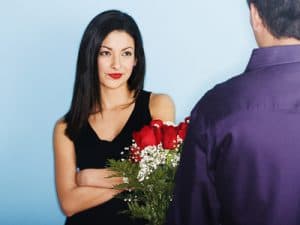 You’ll experience every shade of sexual harassment, or what amounts to it in the Western mindset, in Latin America. You’ll be catcalled, followed (not stalked) and even proposed to if you happen to be within throwing distance of any red-blooded male. Don’t be put off because, in spite of all this, you will be respected and the law takes a very dim view of people, especially tourists, being hassled. It’s just the way they are. Our advice? Smile and pretend you’re already married. It’s the only way to fend them off.

For the guys, it is okay to smile at a lady that you see wherever you may be. On my (it’s Joey speaking here) first visit to The Dominican Republic, I smiled at a very attractive lady as I passed her in the street – her reaction? She smiled back, looked me up and down, said “buenas diás”, carried on walking, and I returned the compliment. If I tried that in Canada, I’d probably get maced!

You’d think one of the few constants we’d have in any part of the world is time. We all have twenty-four hours to a day, seven days to a week. But then, you’ll discover that the Latin Americans run on their own clock. “La Hora Latina” or the Latin hour is a local term 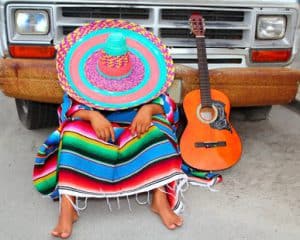 referring to the casual attitude with time so pervasive throughout the region; In the Caribbean you will have heard it referred to as “island time”.

Expect meetings to commence at least half an hour late or for your colleagues to linger over a cup of coffee after lunch instead of rushing back to the office. Here, it’s getting to the final destination that counts, not how quickly. What choice do you have but to sit back and smell the roses with everyone else? What better way to learn that there’s more to life than staying on schedule?

You are probably tempted to check all this out but are a little intimidated by the language barrier – well what would you say if I told you that you can learn enough Spanish to make a difference in a few short weeks, and that you can start right now? Try it now, get some free lessons and get on with your life………...CLICK HERE