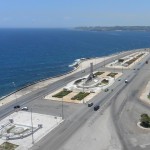 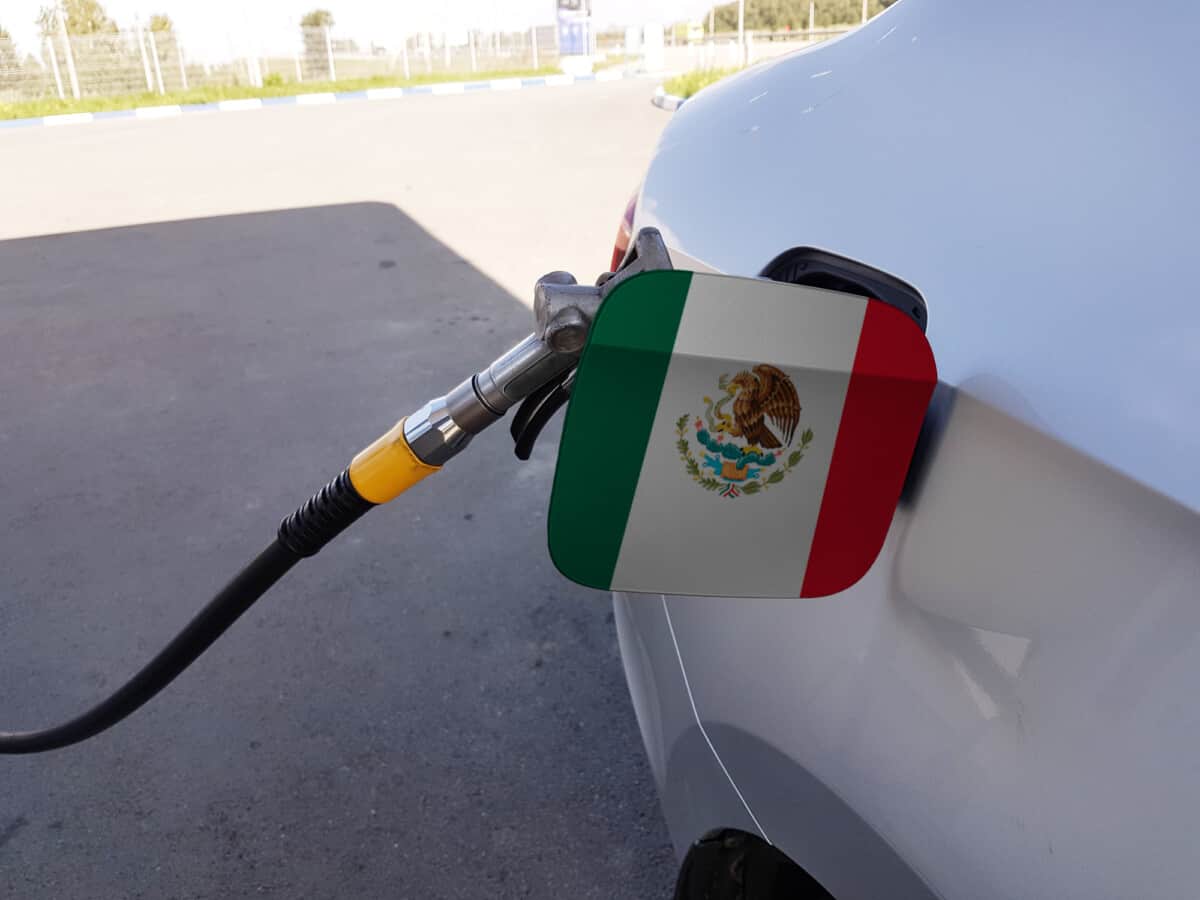 The thought of driving a car in Mexico can fill us with dread and fear, along with a sense of adventure. I assure you it can be both.

There are many reasons to visit, or move to, Mexico and unless you go there to enjoy a vacation at one of the many superb oceanside resorts, you are probably ready to be a bit more adventurous and wish to see more of this wonderful country. Mexico has an excellent, modern bus network that operates between major cities, but you are of course restricted to their timetables and limited routes.

If flying into Cancun Airport with the intention of visiting Playa Del Carmen, the Riviera Maya with it’s beautiful beaches and the Mayan ruins, the excursions organized by your hotel or tour company are expensive and don’t allow you to see everything at your own pace.

Guess what that means?

Rental cars are widely available from local rental agencies and also the international companies, especially at the country’s airports, with costs varying widely. As in many countries the lowest rates are often found away from the major airports, but usually those rental locations are still in the same city. You can, and should, book online before your trip but you may find the rental price has changed when you get there. Failing that, the additional cost of insurance and taxes will add to the price.

On a recent emergency trip to Mexico City, I didn’t have time to pre-book so I had to find one at the airport. I checked out three or four different companies and the prices varied from $50 a day, to over $200 a day, for the same class of car.

Do I Need An International Driving Permit To Drive in Mexico?

No. You just need a valid driver’s license from your home country.

Car Rental Insurance In Mexico. What Do I Need?

Insurance can blow up the cost of your car rental, but you do not want to have a problem in Mexico; you’ll find out you’re not in Kansas anymore! Most car rental rates quoted online include basic insurance coverage, i.e. third party liability insurance..

I don’t think that this basic coverage is enough.

Anything happens to your car and it is not covered by the other party, you are on the hook for it. Repairs may be cheaper in Mexico when talking about labor cost, but the parts generally are not, sometimes even more expensive. Don’t think for one minute that the car rental company will give you a break. 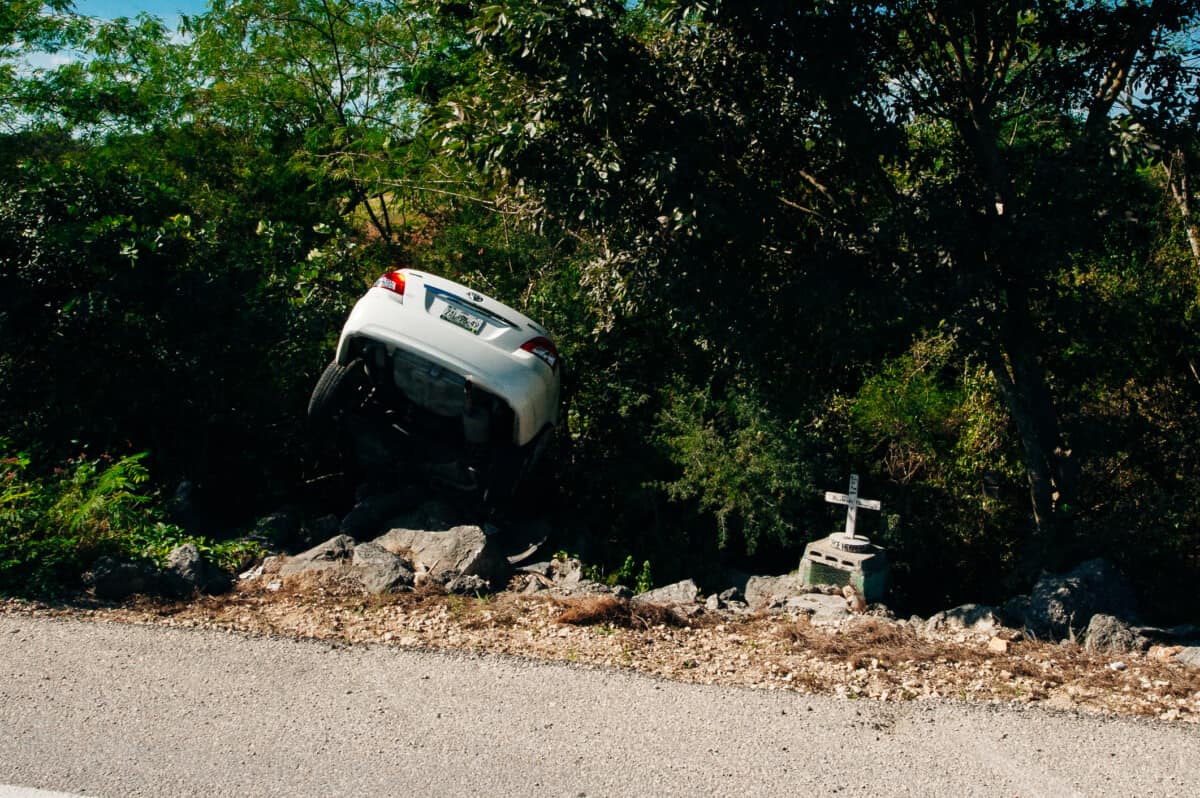 As an example, on a recent trip I reserved and prepaid my car rental before leaving home. For 10 days, the actual rental was only $120, or $12 per day, but the insurance added another $420 to the cost, so in reality it was $54 per day.

Despite this, I now always choose the full coverage insurance which means to accept the collision damage waiver, with zero deductible on your rental vehicle so that no matter what happens to your car, it’s covered, and the personal liability insurance.  I have heard too many stories of people being charged ridiculous amounts for minor damages or even worse, having an accident and realizing they don’t have adequate coverage.

Not every company will offer zero liability coverage, often the lowest deductible offered was 10%, so be aware of that. If the rental is a total write-off you can be held liable for $2,000 to $5,000, depending on the cost of the vehicle.

I rent from Hertz Rent A Car in Mexico, purely because of this. They are far from the best rental agency but at least they offer this “peace of mind”. It’s worth it.

I decline the personal injury and personal property (luggage) insurance as I have enough of that with my own policy at home.

As at home, liability insurance is mandatory in Mexico. In the event of an accident where it is your fault, or fault cannot be determined, and you don’t have proof that you have this liability coverage (coverage for damages to the third party and their vehicle), you can end up being held in a Mexican jail until a satisfactory settlement is agreed. You don’t want that.

Will My Own Car Insurance Policy At Home Cover Me in Mexico? 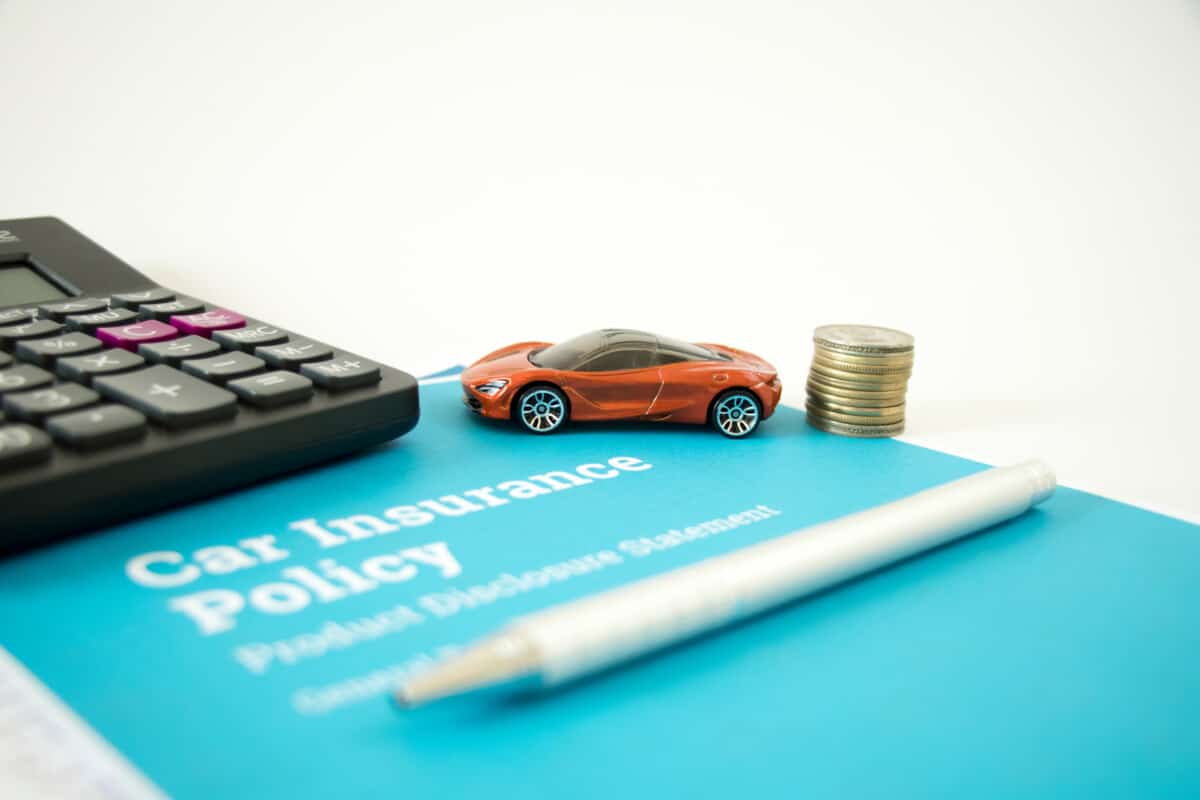 Most of the policies we have in Canada and the USA won’t cover you if you rent a car in Mexico but you can sometimes arrange it before you travel. All I know is that my insurance company won’t offer it. If your insurer will cover you, bring written proof with you ensuring that coverage in Mexico is specified. Also, be prepared to have a large security deposit hold put on your credit card.

Your credit card may cover damages to the rental car itself, but it will not cover the liability insurance. Check it out and bring proof of any coverage you have with you. In the event you do have this coverage through your credit card, and have an accident or damage your car in some way, you will be charged for these damages before you leave and it is up to you to claim it from your credit card company later.

Your credit card company will require you to have booked and paid for the entire rental with that specific credit card.

You will also, in most cases, have to provide a large security deposit that will be held against your card, so there goes your emergency spending money. On my recent visit to Mexico City, the rental charge, including insurance, was almost $700 but they put a total hold on my credit card of about $1,200 – $1,300. I understand that if you decline the extra insurance the deposit is much higher. No point in arguing about this because they don’t really care that your spending money is reduced.

My peace of mind is worth more than a few hundred bucks, so as I said, go for the full, zero deductible coverage. I have had a couple of flat tires, bent a rim (on a BMW no less), and not had to pay a penny.

When renting your car, the agency will fill out a report and nowadays often make a video to show damages at the time of pickup; I suggest you do the same with your phone’s camera. When returning your car an employee of the agency may try their luck and claim that something is damaged and is not covered – don’t fall for it, just tell him you will talk to the manager. If you really did some minor damage and it’s not covered, just give him a couple of hundred pesos, that’s about $10, and it’ll be okay.

Some Basic Tips For Driving Around Mexico

Be it Mexico or just about any other country, a car thief is never far away. If your car itself is stolen, it often ends up going through the hands of certain cartels, so it’s often considered gone forever.

If however, it’s property being stolen from your car, the thieves here are brazen as it seems the police are often not too concerned with chasing down these bandits.

Once, in Pachuca, our family was in a popular restaurant, beside a major and busy highway at around 8 pm. After we had finished our meal, the restaurant manager came to our table wanting us to look at a video. It showed a car driven into the restaurant parking lot, three of the four occupants got out carrying metal bars and looked through the windows of my car.

Luckily I didn’t leave any valuables in sight and within 10 seconds just as the security guard started yelling at them, they were gone. The restaurant staff told me that the thieves usually break into, rob a car and disappear in 10-15 seconds.

Is a Rental Car Necessary?

If you spend most of your trip within any of the major cities, don’t bother renting a car unless you plan a few trips to the surrounding area as the traffic in most cities is heavy and can be intimidating. Parking is a major problem either with old narrow streets, especially in the older colonial era cities such as San Miguel De Allende but also the sheer volume of vehicles in the more modern places. 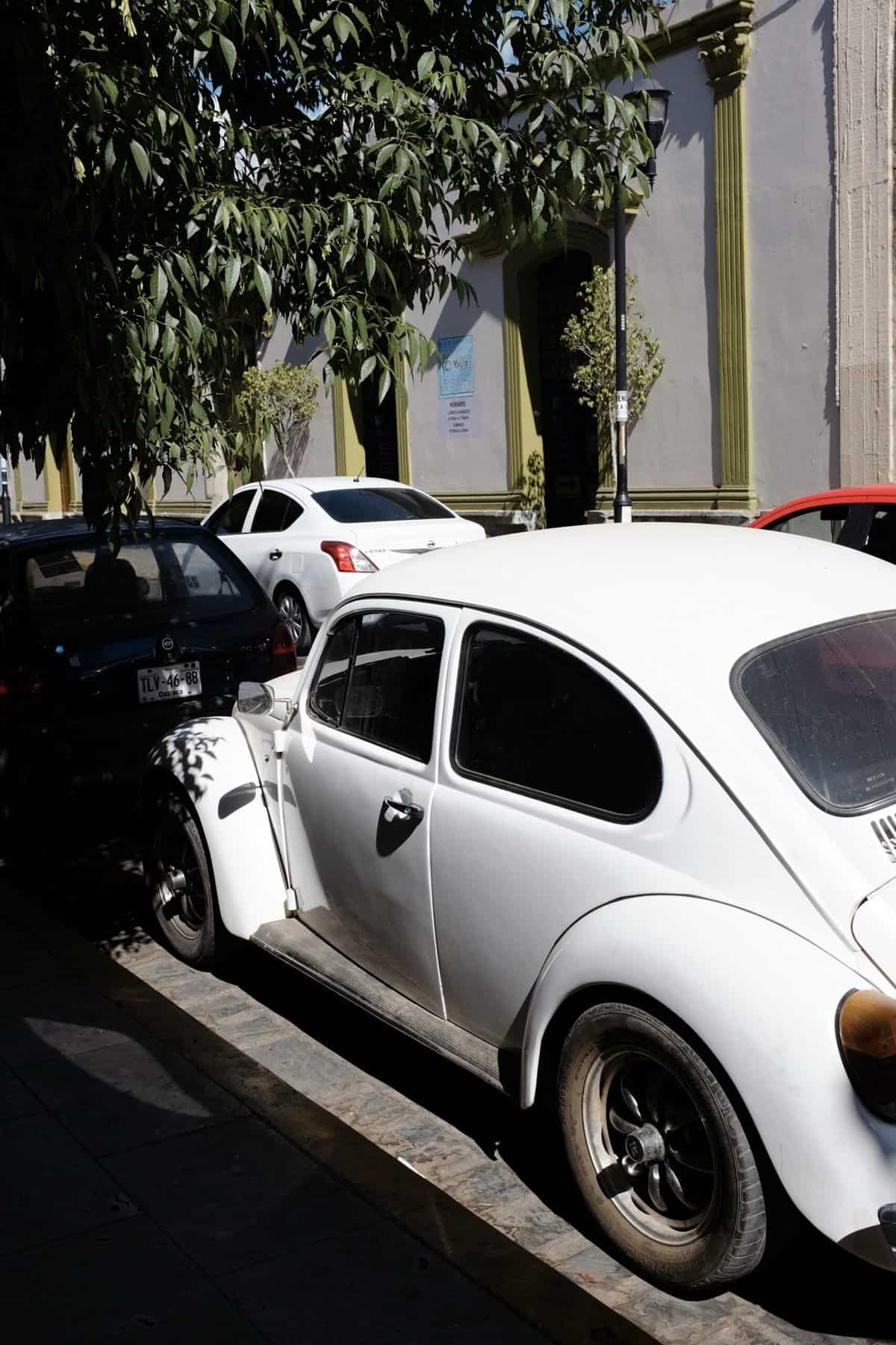 If you are staying in the Mexico City metro area itself, don’t even think of renting a car. With a population of over 21 million people, there are almost constant traffic jams, aggressive drivers, many horrible roads and it’s nearly impossible to park. At many times of the day, it’s quicker to walk.

The public transportation in Mexico City can be hit-and-miss, but I prefer to use a taxi or even better, Uber.

Can I Use Google Maps In Mexico?

Yes. I use Google Maps as my navigational tool. It is generally very good but occasionally it sends me into a real mess.

The biggest problem I have with it is when there are parallel roads, and there are a lot in Mexico. They seem to have a habit of building two or even three multi-lane roads parallel to each other, all heading in the same direction but obviously they each have separate ramps and end up in different parts of the city. Google can’t always tell which lane you are in. As a result you can end up several kilometers away from your intended destination.

Make sure your mobile phone plan includes a decent amount of data if using this. If not, most rental companies will rent you a GPS.

Final thoughts on renting a car in Mexico

It would seem that renting a car in Mexico is a pain in the you-know-what, and it is.

However, you will see much more of this incredible country than you normally would and the open road to me is one of the reasons I love to travel.